From Schipol's buggage handling to Rotterdam port's depth sounders and Utrecht's rail switches low-energy and low-data sensors are taking advantage of KPN's IoT LoRa Network.
These sensors generate a massive wealth of data/info that can be used to optimize operations or sense the environment. LoRa started as a pilot in 2015 and went officially live on a national scale this week.
Milk cows are soon to join the network. Sensors will be sending infologs about their health, performance and whereabouts.

Part of Rotterdam's metropolitan area, the city of Schiedam is the capital of Jeniver (gin) production. Schiedam is how the English and the French call gin. The city was an industrial powerhouse during the 18th and 19th century nicknamed Zwart Nazareth (Black Nazareth) due the smog of surrounding distilleries and glasswork factories. Harr Wiegman created the cartoon character Proosje Van Schiedam in 1975 to mark the 700 years of Schiedam. 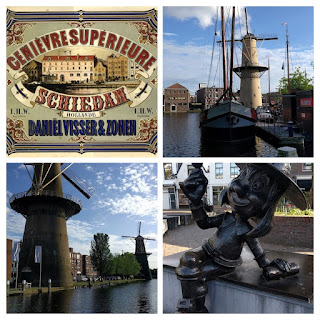 On the left side of Rotterdam's Townhall seats the statue of Hugo Grotius (or Hugo de Groot). Born in Delft, he was a prodigy child that mastered Latin and Greek early at his age. Hugo served as a pensionery (mayor) of Rotterdam in 1613 and he is the founder of International Law. 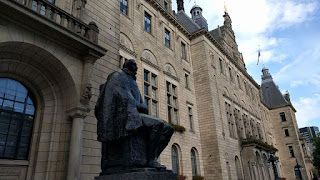 Dutch courage is what English soldiers dubbed the gin-induced bravery they observed on their Dutch peers during the anglo-dutch wars.
Jenever or Dutch Gin further spread as a spirit of preference after the Dutch Prince William of Orange succesfully invaded England in 1688. This invasion secured the Glorious Revolution and strengthened English parliamentary democracy. 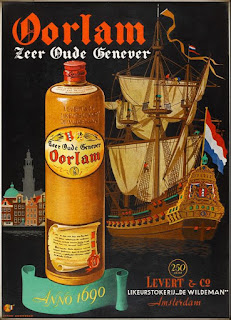 Kralingen music festival - held in namesake park of Rotterdam - was Europe's response to Woodstock. It stood out as the first open air multiday festival in Europe. It signaled the beginning of Dutch authorities' tolerance towards soft drugs. 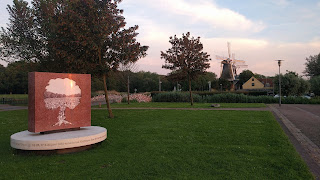